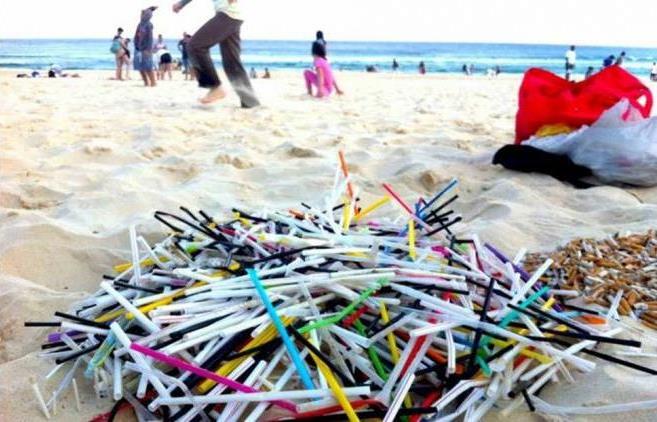 Resolution #1: Get out in front of material health

I can’t count the number of times over the last decade we’ve been asked “What’s going to be the next BPA?” [BPA is bisphenol-A, a controversial chemical found in some plastic packaging.] It’s practically impossible to predict the answer to that question, and then 2017 dropped it on us: perfluorinated substances (PFAS).

Attention to the widespread use of these grease- and moisture-resistive barriers in foodservice packaging gave news headline writers a heyday (such as The Independent’s “How Fast Food Packaging is Worse for Your Health than the Meal it Contains”) and gave the foodservice packaging industry a headache. This may be the first time that a packaging trade association leader was summoned to The Dr. Oz Show.

The issue has thus far followed the pattern of BPA. There are conflicting scientific studies, non-encompassing regulation, and a scramble to figure out which products contain PFAS and what alternatives are available. The conversation around PFAS is not industry’s first rodeo, but it’s worth questioning if we’ve gotten any better at addressing these issues.

So, here we are now in 2018, and the question is “what’s going to be the next PFAS?”. There’s still no way to accurately provide an answer, but there are ways for industry to shift from a stance that’s reactive to proactive and avoid having to ask this question in the first place.

The current strategy—that even still is not widely used—is to implement a “restricted substance list” (RSL) and ask suppliers to declare that their products don’t contain anything on the list. RSLs are the epitome of reactive thinking; typically nothing gets added until after the studies, regulation and consumer panic have hit a peak and industry has begun phasing it out.

A more proactive approach can be taken by employing chemical screenings and hazard assessments, which are common in industries including office furniture, cosmetics, textiles and personal care products, but have yet to find a firm foothold in the packaging space.

The basic gist is this: almost every finished package contains a galaxy of chemical constituents at the early stages of its supply chain, and most of the chemicals used in high volumes have at least cursory toxicological data accessible, if you know where to look for it. The information is out there. It’s up to industry to leverage it and learn sooner than later where the substances of concern exist.

Resolution #2: Get out in front of single-use plastic packaging concerns

It goes to show that, while there is widespread awareness of the sensitivity and volatility around public perceptions of plastic packaging, it’s becoming impossible to predict the trajectory. The outcry around plastic drinking straws can largely be traced back to a video of a sea turtle with a straw lodged in its nose that went viral on social media, and that demonstrates just how fast—and without warning—things can change. Some plastic packages have been on a slow boil for a long while (think plastic water bottles).

The packaging industry’s second resolution for 2018 should be to go full bore on the one action that is believed to be a solution to marine plastic pollution: create robust recovery systems in which plastic packaging is too valuable to end up in our waterways.

The other action believed to be a solution? Outright bans.

We ought to make no mistake, the social license to use plastic packaging is under enormous threat and both of these actions will be used before that threat dissipates.

Industry must make bold commitments on two fronts. First, helping to build and reinforce recycling programs that offer a home to plastic packaging (and of course, that plastic packaging must be designed for the recycling system), and second, using post-consumer recycled content in plastic packaging, so that industry creates demand in addition to supply. Neither of these actions come without investment, but the alternative scenario is one in which governments, brands and retailers crack down on the use of all plastic packaging.

Adam Gendell is the associate director of GreenBlue’s flagship project, the Sustainable Packaging Coalition. His work with the packaging value chain touches on goal-setting, design considerations and stakeholder engagement. Most recently, Gendell spearheaded a collaboration between packaging trade associations, recycling-focused non-governmental organizations (NGOs) and government agencies to conduct a robust nationwide study on consumer access to recycling systems. Since joining GreenBlue in 2010, Gendell has developed and delivered training seminars for hundreds of packaging professionals and has brought together stakeholder groups to lead work on topics ranging from life-cycle-oriented design to substantiation data for FTC-compliant recyclability claims. He also orchestrates the Coalition’s Fall conference SPC Advance. Gendell coordinates several Industry Leadership Committees and is a frequent speaker and writer on sustainability topics. In 2013, he served on the PAC NEXT Leadership Council.

166 new packages to inspire you